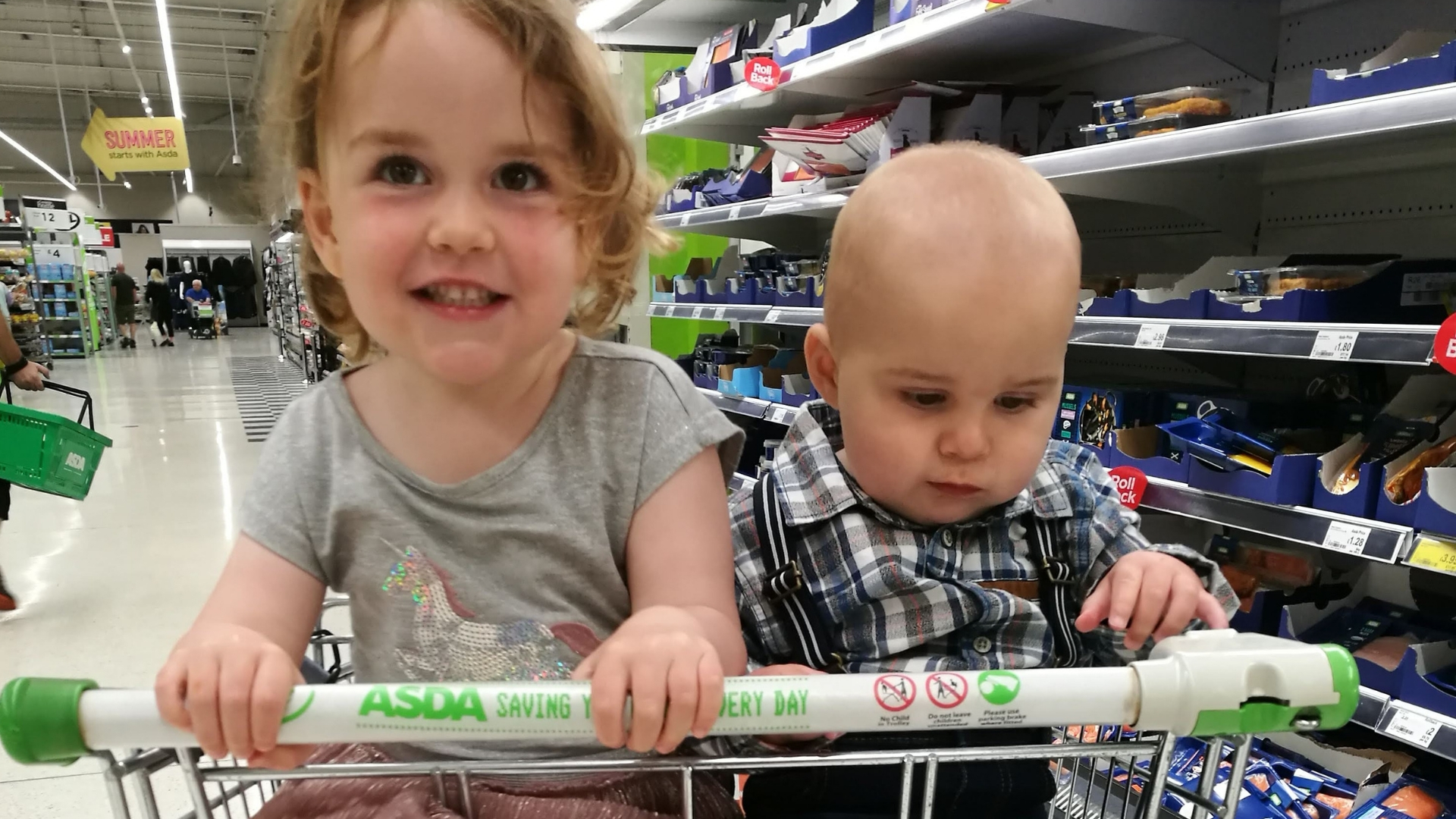 Do you remember before kids, when you had all these ideas about what kind of parent you would be? How you would silently judge parents, and think to yourself ‘I would never do that“. I was a wonderful hypothetical parent… now that I have two actual children, here’s how I am getting on in the real world with all the rules I set myself pre-kids…

After all, it’s the most natural thing in the world. So it must be easy… right? It turned out that my daughter wouldn’t latch so we struggled through five months of using nipple shields. Then she had her first bottle of formula and after that point, she increasingly rejected me feeding her myself – the bottle was so easy for her. I promised myself I would learn from my ‘mistakes’ when I had my second son, but it turns out he had a whole different set of issues.

Lewis had a tiny mouth which meant that his latch was terrible, even with nipple shields. After a few feeds, my nipples were shredded and every time I tried to feed him it was toe-curlingly painful. I expressed exclusively (still painful but not as bad as directly feeding) for a short amount of time but this was totally unrealistic with a 20 month old toddler who needed so much attention from me (huge shout out to anyone who has successfully managed this). Also, he had terrible reflux so he brought back up almost everything that went in – I literally couldn’t keep up with his demands. Did I also mention that my nipples were so damaged at this point that I was having to skim off the top layer of blood before I fed the expressed milk to him? So, we switched to formula pretty quickly. Both my kids are healthy and, whilst I felt so guilty at the time, I know I made the right choice for us.

They would only have lovely wooden toys, no cheap plastic tat

Lovely old fashioned ABC building blocks, little toy cars and dolls… our house would be an Instagram dream of beautifully-crafted wooden toys. Oh, wait. It turns out that plastic toys are their absolute favourite. And we found out the hard way that small wooden toys make excellent projectiles for a big sister to throw at her newborn brother.

They wouldn’t be allowed any sugar

I was adamant about this one. No toxic sugar for my kids, no siree. Oh hold on, is that my one year old eating ice cream…?

No screen time until they turned two

… and I certainly wasn’t going to be one of those awful parents who shoved an iPad/phone in front of their kids whilst out at restaurants, instead we would have polite conversation. The below photo is of my kids watching CBeebies. I don’t think there is anything wrong with some well-curated TV/tablet time. I think the notion that screen time can only be terrible for kids is an old fashioned one – after all, there’s a good chance that when they grow up, their jobs will be in technology, so I am happy to cultivate an early interest. I didn’t particularly enjoy the stage when my daughter loved Peppa Pig, but even that did good things for her language. Now she loves Daniel Tiger’s Neighborhood, which explores feelings and morals. Importantly, we also spend a lot of time playing outside and reading books. It’s all about balance. And yes, we definitely get the iPad out in restaurants but not immediately, only when they start to play up (which sometimes is… immediately).

They were never getting a trampoline

I take pride in my home and garden, there was no way I would let an enormous trampoline take up half our outdoor space. How uncouth. Oh, hold on, what’s that in our garden…

Hope this made you smile. I think the moral of the story is that you can never judge another person until you have walked in their shoes (not similar shoes – their exact same shoes). I have found myself becoming way less judgmental now that I am a mother. Are there any other things you have ended up doing with your kids that you swore you would never do?